by Outdoor Diversions | Last Updated:   1 year ago
As an Amazon Associate we earn from qualifying purchases made on our website. If you make a purchase through links from this website, we may get a small share of the sale from Amazon and other similar affiliate programs.

Today we are going to speak about the D3FY Sports D3S paintball marker and what the overall online feeling is around functionality and features and drawbacks. We hope to help you make a fully informed decision and provide a valuable D3FY D3S review that answers your questions.

This D3FY paintball marker has been designed to perform at a high-end level without a high-end price tag. The Marker features a F2 Bolt engine, which incorporates the spool-bolt and regulator in one piece allowing for low operating pressures between 150 and 160 psi.

Here’s a rundown of what we’ll provide in this D3FY Sports D3S Paintball Marker review: 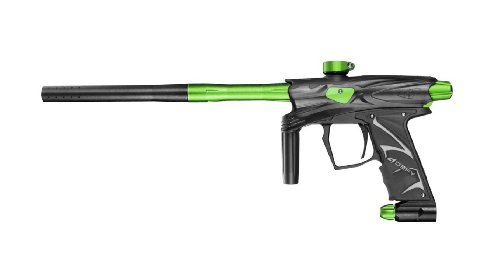 Rhyno Skin – This is a protective cover which is built to withstand the pains of paintball play. The skin is made of aluminum along with a polyvinyl chloride body shell cover.

Smooth Shooting – This marker shoots nice and smooth but does have some kick. The typical paintball player won’t mind the bounce back.

Breech Leak – Many people have listed that they have leaks from the marker, it appears if you over-pressurize the system. D3FY Sports provides a video on how to resolve The Breech Leak should experience this issue on YouTube

Feedneck – Most reports come back that this needs to be replaced ASAP as it doesn’t hold many hoppers with the stock feedneck.

About the D3FY Sports Company

D3FY Sports is based out of California and has been producing markers for a solid length of time.

Looking at the features and benefits is great, but taking a look at what real-and-actual customers have to say about a product offers a deeper dive of insight.

I love this marker. It looks amazing, shoots great; ropes all day. The Tadao SQ Ronin board is simple to program, and with 10 fire modes plus select fire mode, it can’t be beat.

The direct drive reg/solenoid system, and F2 bolt are super easy to maintain. The body of the marker is molded plastic, but very rigid. Rhyno Skin lining protects the grip frame. Read More…

The D3fy D3s is an affordable entry level marker with some disappointing idiosyncrasies. Experienced paintball players will likely be let down but most novice to intermediate players will argue that the marker is sufficient.  Read More…

It has all the features of a high end gun :on off asa, 2 piece barrel, 9 firing modes, super light trigger, after one full case it has never chopped a ball.

Its fairly accurate for recreational playing but if you want to do tournaments I recommend a nice 2 piece barrel kit, it has autococker threads for the barrel. It runs on a standard 9v battery.

I just bought this gun and went out to the field that weekend and had a great time the gun performance was better than I expected good range, accuracy, and shoot pretty fast.

The gun it self is really light but sturdy. One thing I would recommend buying if you get this gun is a electronic hopper to keep up with the shots. Over all great product for the price.

Great Marker… That’s all there is to it. I have run roughly 10,000 rounds through it so far and no issues. Isn’t as bad of a battery hog for me like some have said. It is a great gun, easily programmable, and very light.

If you are looking for a good marker to get yourself started in paintball this is a very nice starter marker coming in just under $200.

This is a very solid marker at this price and will allow you to get used to playing with one marker each time you go play on the field.

Learning how to master a single marker and playing continuously allows you to adapt and use the play to your advantage.

When you use a field marker you never know what you are going to get each day of play, giving you additional frustration possibly!

Compare to Other Mid Range Markers